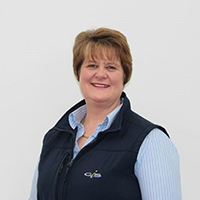 The Scottish dairy herd analysis produced by the SDCA for 1st. January 2017 compared to 1st. January 2016 show not unexpected results.  The net number of dairy farms in Scotland has decreased by a net 17 to 957 the lowest number since records began in 1903 and cows have also decreased by 2,529 to 173,306 but is still the second highest number since 1997.  The average size of herd in the year has increased by only one to 181 milking cows.

The number of herds decreased in nine counties led by Lanarkshire -6, Wigtownshire -5 and Aberdeenshire -4.  Banffshire now has no dairy herds.

Counties which have increased the number of cows were led by Kirkcudbrightshire up by 779 but also Kinross shire, Orkney, Peebles, Perthshire and Stirlingshire with much lower increased numbers.

Commenting on the results Janette Mathie the Secretary of the SDCA said ‘Overall 2016 has been a horrible experience for many dairy farmers with farm gate prices below the cost of production for much of the year but prices now show an improving trend which I hope will continue to rise in line with the world market for dairy products.  The SDCA would strongly advocate that industry funded bodies spend a far larger share of their funding promoting dairy produce to the public which in turn would benefit both the producer and milk processor’.

Looking to the future Janette Mathie also commented ‘Early signs are that at least 4 completely new dairy farms will start production in 2017 and others may increase cows so I hope it does not lead to over production which will adversely affect the present optimism in the industry.’