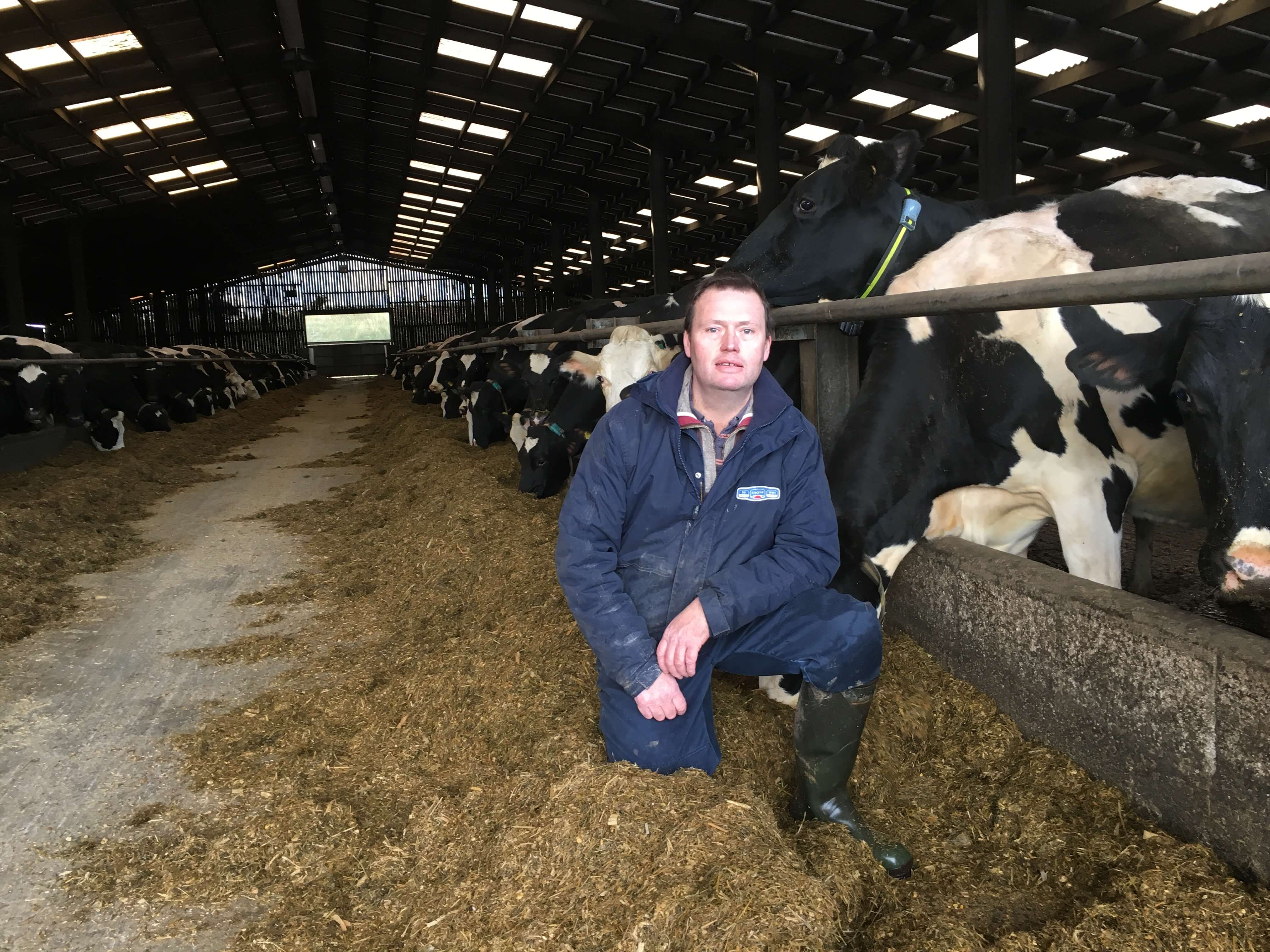 Stephen Bone is the 4th generation of the Bone family to be taking the MC Bone & Son business forward at Trengwainton Farm in Cornwall. Stephen farms in partnership with his wife Alison and his parents.

The business consists of three farms with the main holding sitting around Trengwainton Gardens (National Trust). The business now covers 1,000 acres – consisting of arable, dairy and beef. The 270 head Holstein dairy herd is managed alongside 20 Devon Sucklers and 120 store beef cattle. The dairy herd calve over six months (August to January) – to fit with the herd’s housing and grazing policy.  The cows are milked twice a day in the herringbone parlour and are fed a partial mixed ration outside – plus being topped up through parlour feeders.

Investment in a feed and sleep shed, consisting of 100 cubicle spaces in half of the shed and loose yard housing in the other half, is currently taking place – this will allow the business to retain the extra heifers it has reared over the years along with giving the existing herd more space.

The Bone family has been a CIS customer for over 15 years and has used the CIS milk recording and health testing services. The business started to look at the Johne’s disease about 5 years ago before the national drive to control its prevalence began. Findings from the early stages of testing for the disease did not show a major issue but Stephen decided to persist with the testing. Further tests proved that it was more of an issue than they originally thought; this led to all Johne’s positive cows being identified along with all their young stock in the system. All positive cows are tagged red, calved separately and AI’d to beef.

In the first year, out of 70 bulling heifers, 20-25 of them were tagged red – with the aim being to break the cycle and get a real grip on the disease.

Since implementing this system nothing has been lost on the farm due to clinical Johne’s disease. Since beginning the testing it has become clear to Stephen that these cattle are more likely to have health issues and/or poor fertility which means they are more likely to be culled because of these issues than clinical Johnes. Currently Stephen has less than 10 cows with red tags. Whilst full eradication of the disease from the herd will be extremely difficult to achieve that is the ultimate aim. Stephen believes that his current system is significantly helping to minimise its presence and he will continue to test milk with CIS.